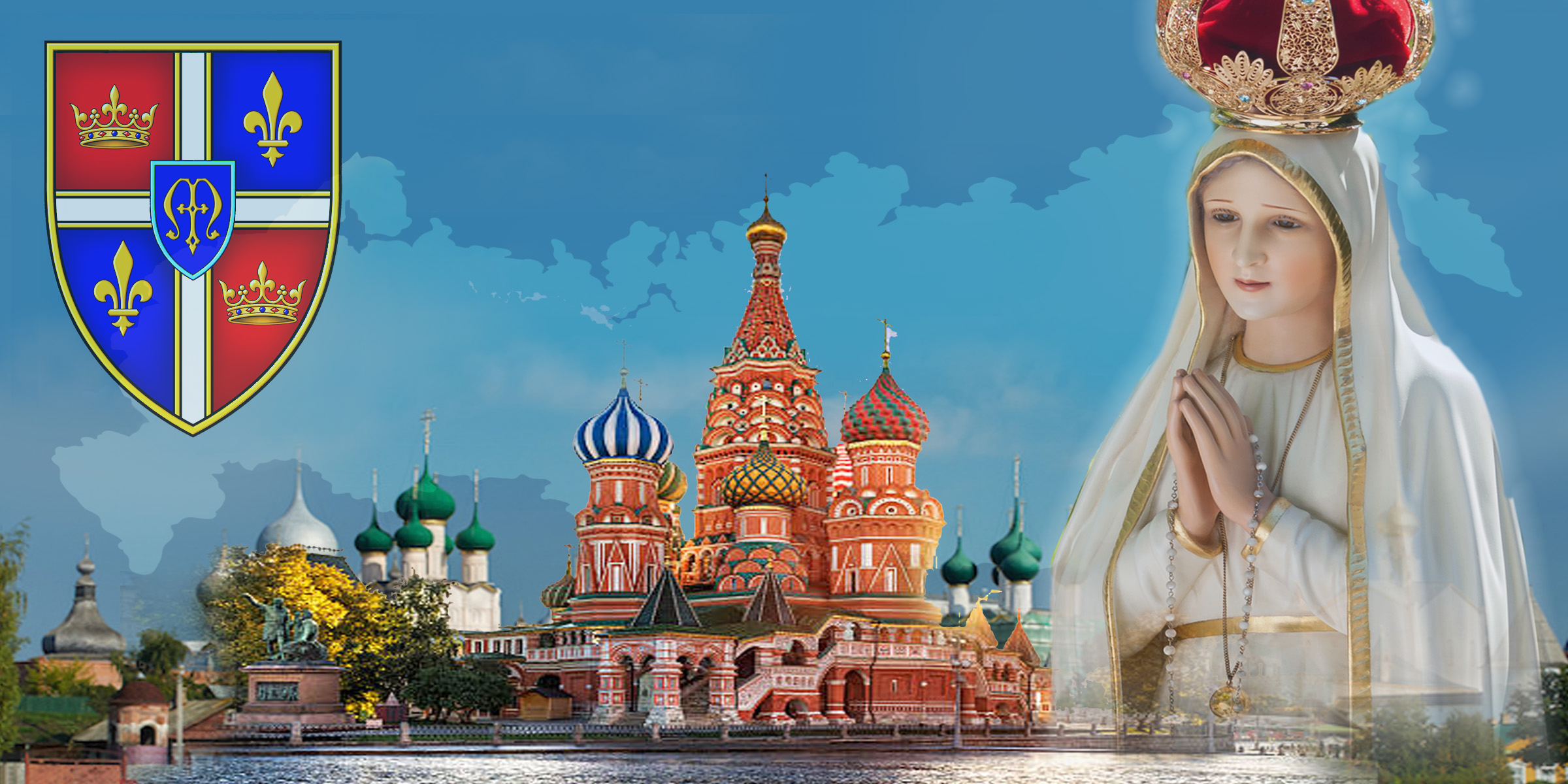 In her apparition of July 13, 1917, Our Lady said to the three little shepherds at Cova da Iria: “I will come to ask for the consecration of Russia to my Immaculate Heart and the Communion of reparation on the First Saturdays. If they listen to my requests, Russia will convert, and there will be peace; if not, it will spread its errors throughout the world, promoting wars and persecutions of the Church.”

In another apparition, on June 13, 1929, at the convent of the Dorothean Sisters in Tui (Spain), which Sister Lucia had joined, Our Lady confided to her: “The moment has arrived wherein God is asking the Holy Father to consecrate Russia to my Immaculate Heart in union with all the bishops of the world. He promises to save it by this means.”

The request was conveyed to the Holy See in a timely fashion. However, in the more than 90 years since it was formally delivered, none of the successive popes made the consecration in the terms Our Lady had requested. Although some consecrations came close to fulfilling those requirements, none fulfilled them all. That was due to natural rather than supernatural reasons. First, it was deemed “politically incorrect” to displease Russia, one of the Allies in the Second World War. Later, it was believed that such consecration would hinder ecumenical efforts with the Moscow Patriarchate. Finally, it was objected that an act of “consecration” could only be made to God, not to Our Lady, that for the Mother of God, it had to be an act of “entrustment.”

The destruction being perpetrated by invading Russian forces in heroic Ukraine, and the threat posed to world peace by the indiscriminate use of lethal weapons, suggest that Our Lady has not accepted the consecrations made so far. Otherwise, her promise would have been fulfilled, Russia would have been on the path of conversion, and the world would have genuine prospects for peace.

We are facing the most critical situation since World War II. Russian leaders and international analysts raise the possibility of a nuclear war being triggered by this conflict—even if here and there the intensity of the fighting diminishes for a time. In this dire situation, we must lift our eyes to Heaven and ask Our Lady—who foresaw these events—to help us. To ward off the hecatomb, we must do what she requested, namely, that the pope consecrate Russia to her Immaculate Heart in union with all the bishops of the world.

Holy Father, we, the undersigned, in the name of the blood of the thousands of victims of Russian aggression and the tears of millions of Ukrainians, forced to flee or live in terror in their homes; on behalf of the millions of Catholics worldwide who empathize with their suffering Ukrainian brethren, and of all righteous people who want peace for the world, we implore Your Holiness to use your full apostolic power and call on all the bishops of the world to join you in a formal consecration of Russia to the Immaculate Heart of Mary.

The time has come to put aside human and political considerations and make a supernatural act of filial trust in the efficacy of what Our Lady requested.

During the Second Vatican Council, more than fifty years ago, two Brazilian bishops presented a petition written by Prof. Plinio Corrêa de Oliveira, requesting this consecration of Russia. It was signed by 512 Council Fathers, but the consecration was not done. This filial appeal is presented within this historical continuity.

Holy Father, the time has come to make the consecration! If you do so, Our Lady will convert Russia, bringing it back to the bosom of the Holy Catholic Church, which it abandoned so many centuries ago. The Blessed Mother will take charge of this extraordinary work. She will make peace prevail, and her maternal heart will reign over a pacified world: “Finally, my Immaculate Heart will triumph.”

Your courageous gesture will have opened up the grand perspective of the Reign of Mary.